Â  The leaders of the Ministry of Communications participated in the press conference of the State Council on the 27th to introduce the structural reform of the transportation and supply side. In response to the question â€œWhether there are more than 20 cities to update taxis as new energy vehicles,â€ the Ministry of Communications said that there may be more cities doing work in this area; cities are accelerating the promotion of buses and taxis. The logistics and distribution vehicles adopt new energy vehicles to achieve energy conservation and emission reduction and industrial transformation and upgrading. At present, Shanxi Taiyuan has replaced all taxis with new energy vehicles.

The agency believes that the country's general direction for the implementation of oil-to-electricity in the taxi industry is relatively clear. The field is expected to have 130,000 to 150,000 vehicle replacement requirements, corresponding to 1.8 to 2.0 Gwh upstream battery materials. Due to the relatively high requirements for taxi mileage, the high-energy density ternary lithium battery has a natural advantage. The total shipment of passenger car ternary batteries is expected to increase by nearly 80% year-on-year. The recent surge in cobalt prices is the embodiment of the growth in demand for ternary materials. Baichuan data showed that the price of electrolytic cobalt rose by more than 5% on the 27th, and broke through 400,000 yuan per ton for the first time in recent years. 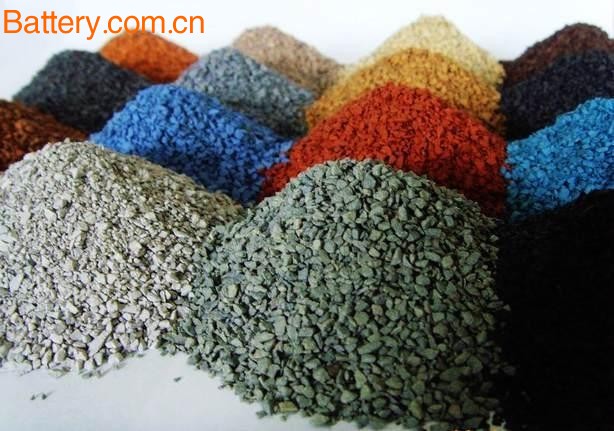 Recently, the price of cobalt has risen sharply, which has driven the company's positive electrode materials to rise. It is estimated that the increase of its products is greater than the cost increase caused by the price increase of cobalt metal. The processing profit of tons is greatly increased. The progress of selling financial assets in 2016 is lower than expected, so the adjustment is 2016-2018. EPS is 0.26 (-0.21) / 0.82 (+0.20) / 1.14 (+0.37), but considering the cyclical price of cobalt, the target price is maintained at 19.16 yuan.

The company released a performance report, operating income in 2016 was 8.507 billion yuan, up 9.70% year-on-year. The total profit was 424 million yuan, which was a turnaround from the previous year.

The company's annual production capacity of tungsten ore is about 12,000 tons, and the total recoverable reserves are over 900,000 tons, accounting for 47% of China's tungsten resource reserves.

In March 2016, the company's self-sufficiency rate of tungsten concentrate reached 49.10% and is still increasing.

The cost of raw materials in the tungsten industry was compressed, which was 2.202 billion yuan in 2015, down 24.59% year-on-year. The battery material business has developed rapidly and has become a new growth point for the company's performance.

The company reviewed and established Ningde Xiamen Tungsten New Energy Materials Co., Ltd. through joint venture to build a production line of lithium ion ternary materials for vehicles with an annual output of 20,000 tons. The production capacity of high-nickel ternary materials will expand and promote the future development of lithium batteries . The integration of the rare earth industry is smooth. The company acquired Changting Jinlong to obtain rare earth separation license, and currently has 5,000 tons of rare earth separation capacity. The subsidiary Changting Jinlong Rare Earth achieved a net profit of 2,819,920 yuan in 2016.

The company's subsidiary Jinlong Rare Earth Construction Project includes 6,000 tons of special metal and alloy projects and 2,500 tons of NdFeB components. It is estimated that after reaching production, the annual sales revenue will reach 100 million yuan and 80 million yuan respectively.

The company has a complete production line and a large reserve of resources. The rare earth: business and battery materials business has gradually developed into a new growth point for the company's profits. With the further advancement of rare earth integration and the further promotion of new energy vehicles, the company's performance growth in the future is expected.

The Australian mine began production. In order to lay out the upstream resource side, the company has a 43.1% stake in Western Australia RIM and became the largest shareholder. RIM owns 100% of the MtMarion spodumene mine. On February 8th, the company announced that the first batch of 15,000 tons of lithium concentrate from MtMarion lithium mine under RIM began to be shipped to China. The self-sufficiency of resources has been steadily advanced, and the resource strategy has achieved initial results.

Gradually reaching production, Australian mine profits will be released in an orderly manner. MtMarion has a total of 77.8 million tons of mine resources, an average grade of lithium oxide of 1.37%, and an annual production capacity of 400,000 tons of lithium concentrate, equivalent to 64,000 tons of lithium carbonate per year. The lithium industry's prosperity is sustainable, and the price of lithium carbonate at high levels will be a high probability event. As the mine output reaches production, the company's profits will gradually release.

Break through the resource bottleneck and enter the fast lane of development. The company participated in the MtMarion lithium mine, acquired 100% equity of Jiangxi Lithium, and invested in the lithium industry in the United States to participate in the development of Cauchari Salt Lake in Argentina, breaking through the bottleneck of upstream resources.

At the same time, it acquired Meibai Electronics, participated in the Great Wall Huaguan, and raised an annual output of 125 million 18650 power battery projects. It also invested 105 million yuan to increase its investment in power battery (10.5%) to enter the power battery power system field and get involved in the power battery industry. Improve the industrial chain and form a strategic layout of upstream and downstream integration. With the rapid development of new energy vehicles, the demand for lithium batteries has steadily increased, and the company will enter the fast lane of development.

As the price of lithium carbonate is running at a high level, the Australian mine will gradually reach production and the company's profits will gradually be released. The EPS of the company is expected to be 1.68 yuan, 2.47 yuan and 3.44 yuan respectively in 16-18 years, corresponding to 17.2 times, 11.7 times and 8.4 times of PE respectively.