With the increase of diesel vehicle emission standards from the third country to the fourth, the discharge of exhaust gas will require the use of technologies such as Selective Catalytic Reduction (SCR). The nitrogen oxides in the exhaust gas are treated with urea solutions for vehicles to convert nitrogen oxides into harmless nitrogen and water. During the use of the National IV diesel vehicle, urea consumption is 3% to 5% of the fuel consumption. Each country's four standard heavy trucks consume about 2 tons of vehicle urea each year. However, in reality, many owners have adopted shielded SCR systems and added water in order to pursue economic interests, and achieved little or no vehicle urea use.

On February 26, 2017, the CCTV News Channel mentioned in a news report that Shijiazhuang had about 38,000 vehicles per day, and coal vehicles accounted for more than 90%. Although a large number of diesel vehicles had urea treatment devices, they were normally used. The rate is less than 10%. At present, no department has supervised the normal use of diesel vehicle management facilities. 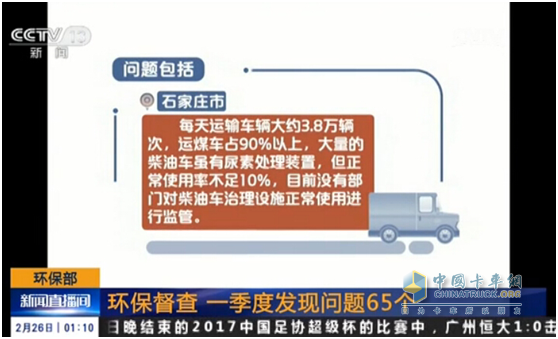 For such phenomena in the terminal market, how do companies concerned with vehicle urea think?

To this end, the China Truck Network reporter contacted the car urea producer - Kosan Automotive Environmental Technology Co., Ltd. According to the relevant personnel of the company: At present, many owners have fooled OBD monitoring, making the vehicle in the SCR system. Urea depletion of power is not limited, so it seems to reduce a lot of trouble, but due to the National IV engine to reduce the PM emissions and tend to fully burn, exhaust emissions will not only reduce the NOx emissions will increase, exhaust gas pollution even more than three countries vehicle. 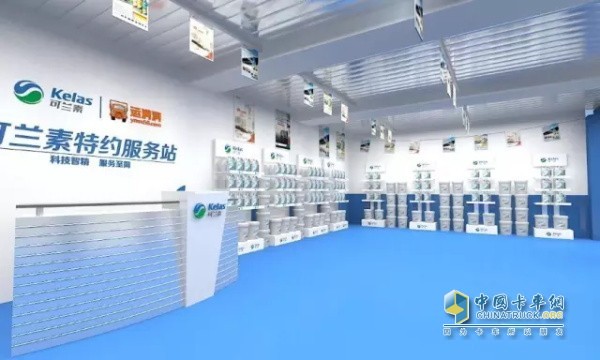 "In addition, the long-term SCR system will not lead to the crystallization of residual urea solution in the SCR system plugging the pipe and nozzle, and because of the long-term lack of liquid soaking so that the life of the various components of the SCR system reduces or even damage, the catalyst loses its catalytic effect, replace The cost of SCR system components is much higher than the cost of normal use of vehicle urea, which in turn adds to the cost of the owner, so the truck users of Guosi should purchase qualified vehicles such as large brands such as Kosher through regular purchase channels. Urea, and continue to use. In order to achieve cost and environmental protection double harvest." Related personnel said.

For the phenomenon of not using urea treatment devices, engine companies also have relevant technical means to eliminate them. Since China began to fully implement the National IV emission standard in 2015, commercial vehicles have adopted more stringent environmental protection standards and heavy trucks have to meet emission regulations through SCR technology. For end-users who want to get away with car urea, the electronically controlled engine system can use technical means such as fault reminding and torque limiting to force users to add urea for vehicles.

"If the engine has a twisted-twist condition, the user must go to the fixed-point repair station to clear the fault code. This not only wastes time on maintenance, but ultimately adds vehicle urea to solve the problem at the root. It is not worth the candle." Related Technicians Tell China Truck Network reporter.

As of January 1, 2017, all light-duty gasoline vehicles and heavy-duty diesel vehicles (passengers, buses, public transport, sanitation, and postal use) manufactured, imported, sold, and registered must meet the requirements of the National V. As of July 1, 2017, all diesel gasoline vehicles manufactured, imported, sold, and registered must comply with the requirements of the National Five Standards. From January 1, 2018, all light diesel vehicles manufactured, imported, sold, and registered in China must meet the national five standards. China Trucking Network hereby appeals to a large number of users to purchase qualified products through formal channels when purchasing urea for vehicles. This will not only better protect the urea treatment devices and engines but also contribute to the blue sky of the motherland.

The structure of the Chip Mounter can be roughly divided into a body, a PCB transmission device, a placement head and its driving positioning system, a feeder, and a computer control system.

The accessories of the Chip Mounter include Ball Scraw, Guide , Motor, Valve , PCB Board ,Moving Camera,Single-Vision Camera,Multi-Vision Camera,Backlight Unit,Laser Unit,Locate Pins,Nozzle,Feeder, Camera Line, Motor Line, etc. We are a professional Chinese manufacturer of other SMT machine parts, and look forward to your cooperation!