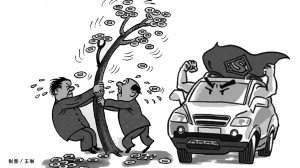 Recently, the discussion on the huge profits of car companies once again became the focus. The ratio of domestic vehicle production cost to terminal selling price is 2:2.7, the bicycle profit rate is 35%, the joint venture vehicle is 2:3, and the profit rate of bicycles is 50%; imported vehicles are between 1:2 and 1:2.8 The profit rate is between 98% and 180%, while that of luxury cars is as high as 500%.

However, in the eyes of the industry, the bicycle profit rate does not represent the profit rate of car companies. It counts the fixed investment, R&D platform establishment, marketing, and operation costs of the factory. The general profit rate of the manufacturers will not exceed 10%. The most profitable public Only 11.3% of the profit rate.

Compared with joint ventures, the profitability of self-owned enterprises is even lower. In the list of â€œFortuneâ€ 500 that was recently announced, there are seven Chinese auto companies that have been shortlisted, and their profit margins are much lower than those of other countries. Among them, SAIC's highest profit margin was 4.3%, and Geely's profit margin was the lowest, only 0.2%.

"Because of the brand advantage, the premium ability of foreign brands is generally higher than that of their own brands." Zhang Zhiyong, an automotive industry analyst, told reporters that the domestic prices of some imported cars are much higher than those of foreign countries. One is because of tariffs, and the other is that manufacturers Circulation will increase prices.

According to the data compiled by Gasgoo.com, in 2013, of the 23 auto companies that were shortlisted in the Fortune 500, Chinese companies have lower profits and lower profit margins than foreign companies. The finalists of Chinese auto companies include SAIC, FAW, GAC, Geely, Dongfeng, Beiqi, and Bingshang Group, with a profit rate of less than 5%. SAIC, which has the highest profit margin, was only 4.3%. The profit margins of the Armed Forces Group, GAC, and Geely were both less than 1%.

Globally, among the 23 finalists, Volkswagen and Hyundai have the highest profit margins and become the most profitable car companies. The company's profit margins have all exceeded 10% this year, reaching 11.3% and 10.1% respectively, both of which have increased year-on-year. The profit rate of other companies is less than 10%.

FAW Car (000800, stock it) is expected to turn a profit in the first half of this year, profit of 550 million yuan to 750 million yuan, a loss of 61.42 million yuan in the same period last year. According to the company, in the first half of 2013, the demand in the domestic automotive market picked up, and the companyâ€™s product sales and operating income steadily increased. The year-on-year increase was approximately 15.7% and 8.4% respectively.

However, FAW's own brand FAW Xiali (000927, stocks) report appears to be somewhat inferior. FAW Xiali expects the profit for the first half of this year to be only 10,000 yuan to 20 million yuan, a year-on-year decrease of 78% to 100%. The company said that the decline in performance was mainly due to the company's share of Tianjin FAW Toyota's production and sales decreased. Meanwhile, since last year, the company shut down some of the old Xiali products, production and sales have also been affected.

In the case where the profit margin is lower than that of joint venture brands or foreign brands, the competitive pressure facing self-owned brands is increasing day by day. Shen Zhengyuan, a research fellow in China Investment Advisors circulation industry, told reporters: â€œThe market advantage of self-owned brands is in the third and fourth-tier cities, but in recent years, foreign-invested and joint-venture brands have gradually expanded to third- and fourth-tier cities, making the self-owned brands somewhat difficult to parry; In terms of models, foreign and joint venture brands have launched offensives in high-, medium-, and low-end models."

In fact, the high profits of Great Wall Motor did not start from this year. Although there are no shortlisted companies in the world's top 500 companies, the profit margin of Great Wall Motors is even higher than that of the most profitable people, and it is the best among domestic car companies.

According to statistics from Wind, from 2010 to 2012, Great Wall Motor's profit margins were as high as 12.3%, 11.67%, and 13.26%, respectively, and net profits were 2.827 billion yuan, 3.511 billion yuan, and 5.722 billion yuan respectively. According to many industry insiders, Great Wall Motorâ€™s high-profit myth is mainly attributed to the SUV. In terms of bicycle profit margins, the higher the profit margins of the higher-end models, the higher. However, the sales of ultra-luxury cars are limited, and SUVs are the new darling of Chinese consumption in recent years.

According to the data, the domestic SUV market has maintained rapid growth in recent years. In the first half of 2013, a total of 8,655.1 thousand passenger vehicles were sold, up 13.81% year-on-year; and 1,329,800 SUVs were sold, an increase of 41.56% year-on-year, representing an increase in sales of passenger cars. More than three times more.

The ever-expanding market and relatively firm prices have resulted in high profits for some companies. Some auto companies can achieve profit growth of more than 70% by relying solely on SUV models. Higher profits also trigger latecomers to continue entering the market. Infiniti, Acura, Land Rover and other luxury car brands currently belonging to the second line, the first domestic models do not hesitate to choose the SUV, because it is optimistic about the prospects and high profits of the SUV.

It is not a foreign brand or a joint venture brand, but it is the Great Wall Haval. The data shows that among the top ten SUV brand sales in the first half of 2013, the Haval brand topped the list with 186,629 units, a year-on-year increase of 71%.

Great Wall Motor even separates the Haver brand and specializes in SUVs. Great Wall Motor has the largest number of SUV products, and its market share has maintained its leading position in recent years. Judging from the strategic layout of the company, the Great Wall tends to be a professional manufacturer of SUVs.

According to Zhang Zhiyong, as long as domestic oil prices do not increase significantly, traditional fuel vehicles still dominate the mainstream, and the high growth of SUVs will continue. â€œThis is an inevitable trend in the development of the Chinese auto market. This is similar to the US market. Although the mainstream is still the A-class sedan, the growth rate of pickups and SUVs has been very high. In addition, consumers will also choose to buy a second car. SUV, because it is more suitable for the needs of families traveling out."

Therefore, many auto makers of their own brands have also started to launch high-end models. However, unlike the Great Wall, they are not focused on SUVs. In Zheng Zhengyuan's view, in order to increase profitability and brand image, the gradual development of high-end models by self-owned car makers is the only way to go.

The Output Coupler usually has reflectance in the range 40% to 70%. In order to optimize power and spatial profile of the laser beam, the output coupler and end  Mirror  have optical surfaces with well-defined radii of curvature.Output coupler (OC) is a partially reflecting dielectric mirror used in a laser cavity. It has a function to transmit a part of intracavity optical power in order to get a lasing.


Laser Output Couplers often require a slightly wedged substrate to eliminate interference from multiple reflections inside the component. If you require a specific wedge value, please specify this when ordering.

Total Reflector and Output Coupler are the key optical components in the laser cavity, are a part of the laser process.

Output coupler (OC) is a partially reflecting Dielectric Mirror used in a laser cavity. It has a function to transmit a part of intracavity optical power in order to get a lasing. Output couplers listed below can be found in stable resonators, as they have a spatially constant reflection/transmission (R/T) value, which is the main property of such kind of mirror. Such cavity's parameters as pump power threshold, maximum output power and laser efficiency highly depends on R/T ratio of output coupler. 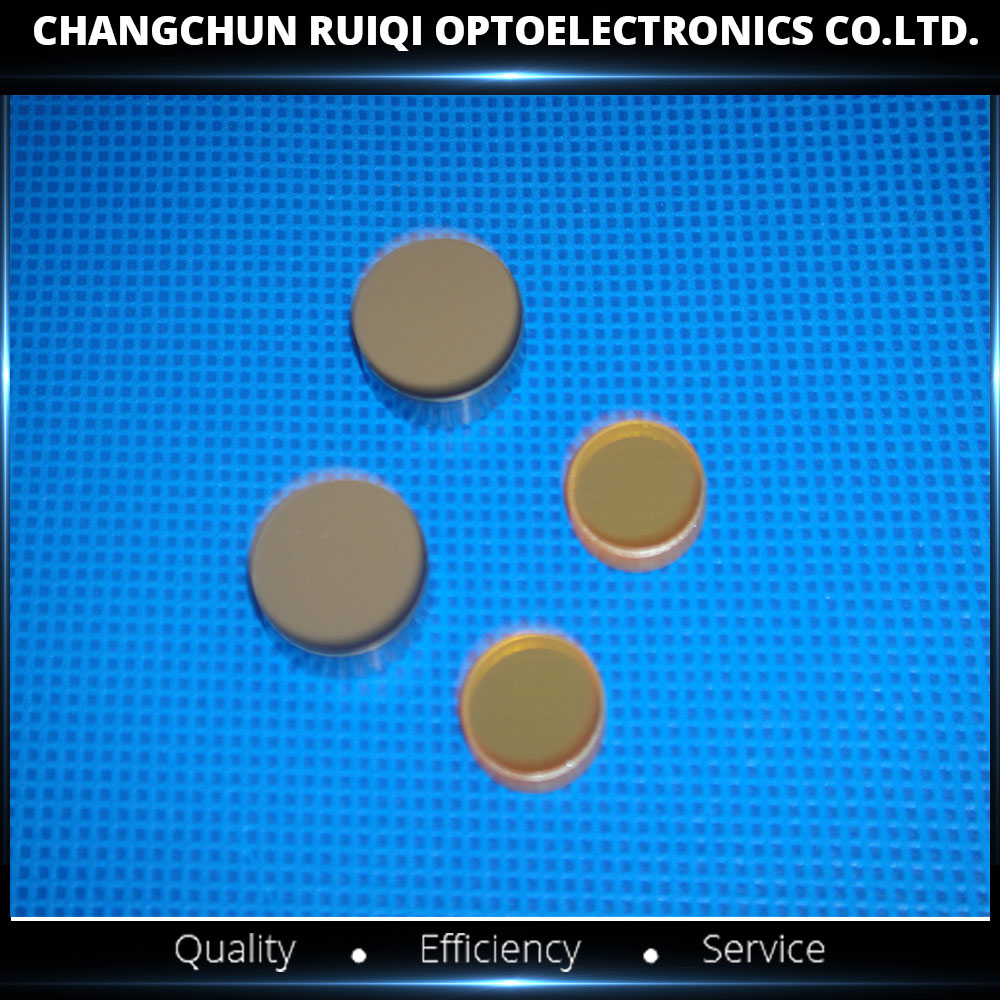