In 2013, in the domestic heavy-duty hydraulic automatic transmission market, product technology was introduced into the United States, Germany, and Japan. The localization rate of products was very low, and the proportion of heavy-duty hydraulic automatic transmissions on heavy-duty vehicles was not very high. The potential market demand was large, but The current market size is not very large, and the market size is around several thousand units.

The report on the market analysis and development prospects of China's heavy-duty hydraulic automatic transmissions in 2014-2018 reported that at is mainly used in cars and heavy-duty vehicles. At present, the proportion of at is the largest among passenger cars; at mid- and low-end cars, buses, and heavy duty Trucks have been widely used; due to different domestic consumer habits, the market application of heavy-duty hydraulic automatic transmission products in China is not very large. With the development of the industry in the future, downstream users will increase product awareness and product supply capacity. In 2014-2018, the demand for heavy-duty hydraulic automatic transmission products in China will expand, and in 2018, the market for product demand will reach 20,000 sets.

In 1804, a British mining technician named Dervisk first used the steam engine of Watt to build the world's first steam locomotive. In 1879, Siemens Electric Company of Germany developed the first electric locomotive. The train was in China. And the irreplaceable value of any other vehicle in the world as a vehicle carrying capacity. The development of China's high-speed railway is also growing stronger. From 199 km to 350 km/h, the future speed may rise to the point where we can't predict, but the same problem is that high speed brings safety issues that are of the utmost concern to global technologists. The high temperature operation of the motor and the long-term high temperature problem of the power equipment must be faced. The cooler technology of the motor and power equipment is a difficult problem in the world. We are also learning to innovate more liquid cooling technology. More applications. At present, our microchannel Heat Exchangers and cold plate heat exchangers have matured and established long-term cooperation with many countries. 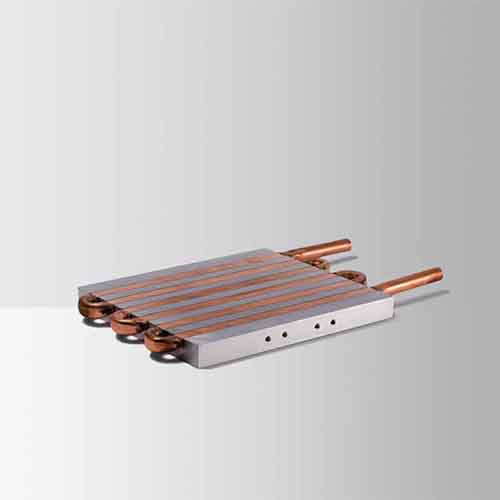